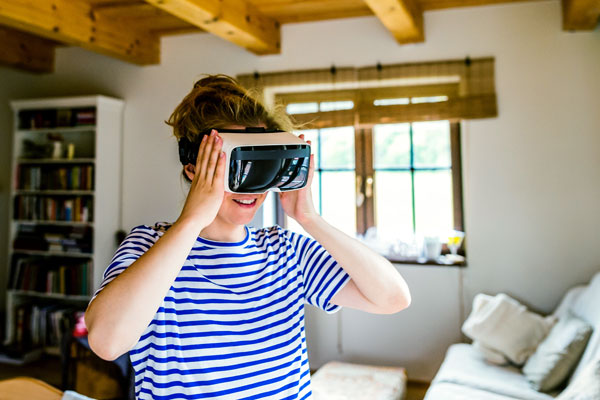 Food Fight has the components in place for a fun VR experience. We’ve solidified our tutorial process, refactored food interaction, and have been tweaking power-ups to meet requests from QA. However, as it stands, Food Fight is a very linear game. There isn’t much replay value. For a game being marketed towards helping teenagers make healthy decisions about their diet, Food Fight needs to have much greater replayability. In this blog, we’ll talk about some simple features that can be added to the game that does not detract much from development time. These features are the same methods deployed by other developers that target our demographic.

Progression, whether it be through a game’s story or gameplay, can be a powerful tool for extending a game’s replay value. In the current version of Food Fight, progression simply means defeating the Food Goblin. The player can do this on three levels of difficulty. A level will usually last less than 5 minutes. That’s the extent of progression in the game. There is no benefit to defeating the Food Goblin on a specific level or difficulty. The player gets the win condition as soon as they are all defeated, then returns to the main menu to start again.

A few simple tweaks can convince the player to play multiple levels, even though it is similar in gameplay each time.

With these changes, the player now has a new goal to work towards while refining their ability to make healthy food choices. Players can replay levels with specific diets on a higher difficulty if they wish and, until all levels are completed, the game isn’t finished. Now what we need is a reward for completing levels and diets.

Unlocking new items in each game session can give players a sense of accomplishment. Players want a reward for their actions, even if those rewards make the game more challenging. In Food Fight we have an increasing variety of food items that players will come across. We don’t want to overwhelm the player with all food choices when they first begin the game. Instead, we can gradually add items as the player completes the level and notify the player as they are unlocked.

The same concept can be applied to diets. Too many diets will be overwhelming to a beginner. Starting with three and unlocking a new diet each time a diet’s levels are completed would be a good start. This will allow the player to skip diets if they aren’t interested and the more exotic diets will be something players can look forward to trying. We can even let the player choose the first three diets they would like to play with after they complete the tutorial, so players wanting to play something specific will be able to do so right from the start.

Achievements can act as the glue for a game’s unlockables, notifying the player when they have completed a feat and giving them something to actively track and attempt as they play the game. Since food and diet data is already being tracked and saved, it would be simple to keep counters and track metrics such as how many healthy/unhealthy foods are eaten, how many times the Food Goblin has been defeated, etc. From the main menu, the player can check to see a list of achievements and their progress for each.

In conclusion, Food Fight has the components for a standard VR game, but there’s no reason to replay it after defeating the Food Goblin a few times. If diets were used as a progression system, it would give players a reason to keep facing off against the food goblin while expanding their diet selection as they complete levels. If we add unlockables to the game like new foods and achievements, it would further extend the replay value of the game. Without changing any of the core gameplay, Food Fight can be enjoyed far longer by players.